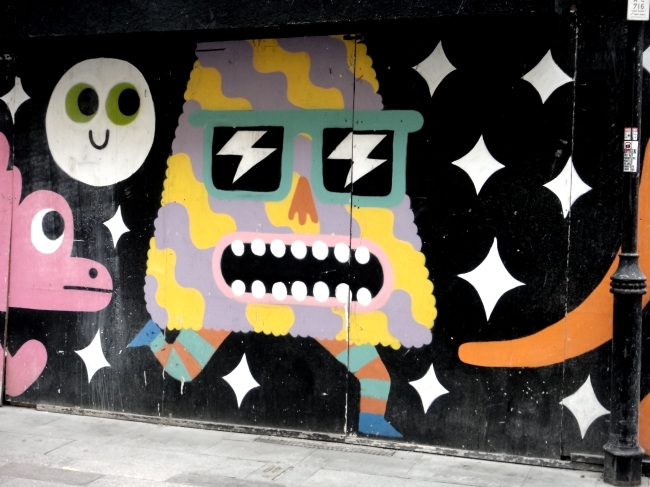 Historians agree that modern times began in 1980, with the invention of Pac-Man.

Certainly, quite a few things went wrong in 1980. John Lennon was murdered, the Iran / Iraq war began, Robert Mugabe was installed and worst of all, the post-it note went on sale. In mental health, our particular Chernobyl was an explosion of toxic diagnostic heterogeneity. 1980 saw the invention of the concept ‘major depression’ (MDD). With the publication of the DSM3 diagnostic manual, most emotion-based illnesses was fed into a diagnostic Magimix. This turned out to be very convenient for certain people. One, (sloppy) people who don’t like making diagnoses. Two, the (wicked) inventors and propagators of so-called SSRI antidepressants. Rampant heterogeneity was very inconvenient for anyone who wanted to investigate the possible causes and treatments of Depression. Edward Shorter explains the story much better than I can.*

Certain discrete entities, that should have been studied much more carefully, got lost in the new, amorphous tapestry of MDD. One of these was the notion of ‘biological symptoms’ such as appetite and weight loss, early waking and diurnal mood variation (DMV). The classic ‘melancholic’ patient felt much worse early in the morning. Studies of cortisol and other hormone levels throughout the day showed a changed pattern in most depressed people. Of particular interest was the finding that most depressed patients failed to reduce their cortisol levels even when given a steroid tablet the night before. This led to the ‘dexamethasone suppression test’ and other early attempts to find a definitive lab test for Depression. Old school psychiatrists regarded DMV as a cardinal symptom of melancholia. They separated melancholia from other types of depression with barbed wire, landmines and a no-fly zone.

Today, research into circadian rhythms in organisms and the body clock in humans is a major strand of research in life science. Gene expression studies are the way forward.  And this week, even the BBC acknowledged this by holding a ‘Day of the Body Clock’.

Quite what the editors had in mind for the body clock day remains a mystery. Each news program had to slot in a body clock item but the presenters looked bewildered as to why. We heard that sportsmen performed better in the evenings. Some brave schools are shifting their timetable for teenagers later into the day, when they are more likely to be awake, although the teachers are more likely to be asleep. More interestingly, scientists told us that society was guilty of a ‘supreme arrogance’ in trying to over-ride our need to get enough sleep. Prof Russell Foster, at the University of Oxford, said people were getting between one and two hours less sleep a night than 60 years ago. We were warned that ‘Modern life and 24-hour society mean many people are now “living against” their body clocks with damaging consequences for health and wellbeing’. Further support then for the Blur Theory – Modern Life is Rubbish. Sleep, like lunch and the concept of Melancholia, was abolished in the eighties.

Studies continue to reveal that a sub-group of depressed patients show an abnormal expression of clock genes. Several promising types of non – drug therapy for depression were based on trying to adjust the body clock: Sleep Deprivation, Phase Advance and Bright Light therapy. Unlike SSRI antidpressants, these are treatments that cost hardly anything and can easily be implemented at home. Also unlike SSRIs, these are treatments that no-one ever tries. The post-it note and Robert Mugabe are here to stay, but Shorter is correct to say that MDD must go: ‘melancholia and non-melancholic depression are quite separate illnesses’. I’m having the bumper stickers printed now.

The idea that deliberately reducing sleep can act as an antidepressant seems counter-intuitive. But it’s possible that the insomnia in depression is the body’s attempt to defend itself against low mood. Which means that society as a whole may be trying to stave off existential despair by staying up late.