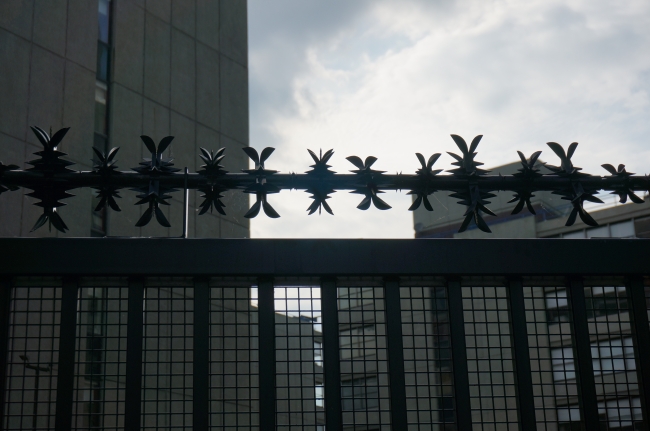 A guard tried to stop me taking this photo. That’s Sheffield for you.

I’ve picked up a tail on the way to Costa. When I order a Flat White and the enormous jaffa cake, a person behind me in the queue nods, makes notes and ticks boxes. Someone is looking through all my bank statements and receipts. My texts and emails are all copied and filed. My cupboards have all been disturbed. My relatives are being interviewed about my habits and desires. Someone’s been at the pub asking what beer I like.

Am I a character from a John Le Carré novel?

Am I a teacher at an Islamic school?

Or have I just missed my Risperdal tablet today?

Is it a song by the Alan Parsons Project? Somebody out there…

None of the above. In fact all this snooping is to my benefit. I am being assessed to see what are my Best Interests.

Admittedly, to have got to this point, I have to fall within the protection offered by the mental capacity act, which means I must have a disorder of mind or brain. There has to be some doubt over whether I can make decisions properly. I have to spend some of my time being supervised in an institution. And people would probably stop me if I chose to leave.

It applies to nearly everybody then.

Carrying out a ‘Best Interests Assessment’ under the mental capacity act is estimated to take about 25 hours of social work time. Since a Supreme Court ruling in March, tens of thousands of institutionalised people are deemed to be deprived of their liberty and are awaiting assessment under the ‘DOLS’ procedure. One of the cases was called ‘Cheshire West’, which would be a good name for an stage actor. If the assessments are delayed, those deprived of their (Article 5) rights will be lined up for compensation payments. At 5pm every day your phone will ring showing an 0843 number and an automated message will ask whether your right to liberty has been infringed. It’s the new PPI.

What will social services do about the pile of referrals, which if stacked end to end, would stretch from all the way from Purgatory to Hell?:

Manager: How long does it take you to do a best interest assessment?

Manager: From now on, you’ve got 25 minutes, and I’m being generous because it’s your birthday.

Social Worker: There are 56 pages of forms to fill out.

Manager:  Then you better get started right away.

Social Worker: We’re supposed to find out all about that person. We wouldn’t want them to get the lemon tart instead of the big jaffa cake.

Manager: Save that cake routine for the Supreme Court, why don’t you? I’m guessing Baroness Hale of Richmond will set fire to your ass and mine too.

Social Worker: Whatever happened to you, chief? You’ve taken down the picture of Shami Chakrabarti too!

It’s easy to blame the supreme court, but all they seem to have said is that someone should look out for people who have lost their mental capacity and have been locked up by the state. No-one expected the Spanish Inquisition, except perhaps Dan Brown.