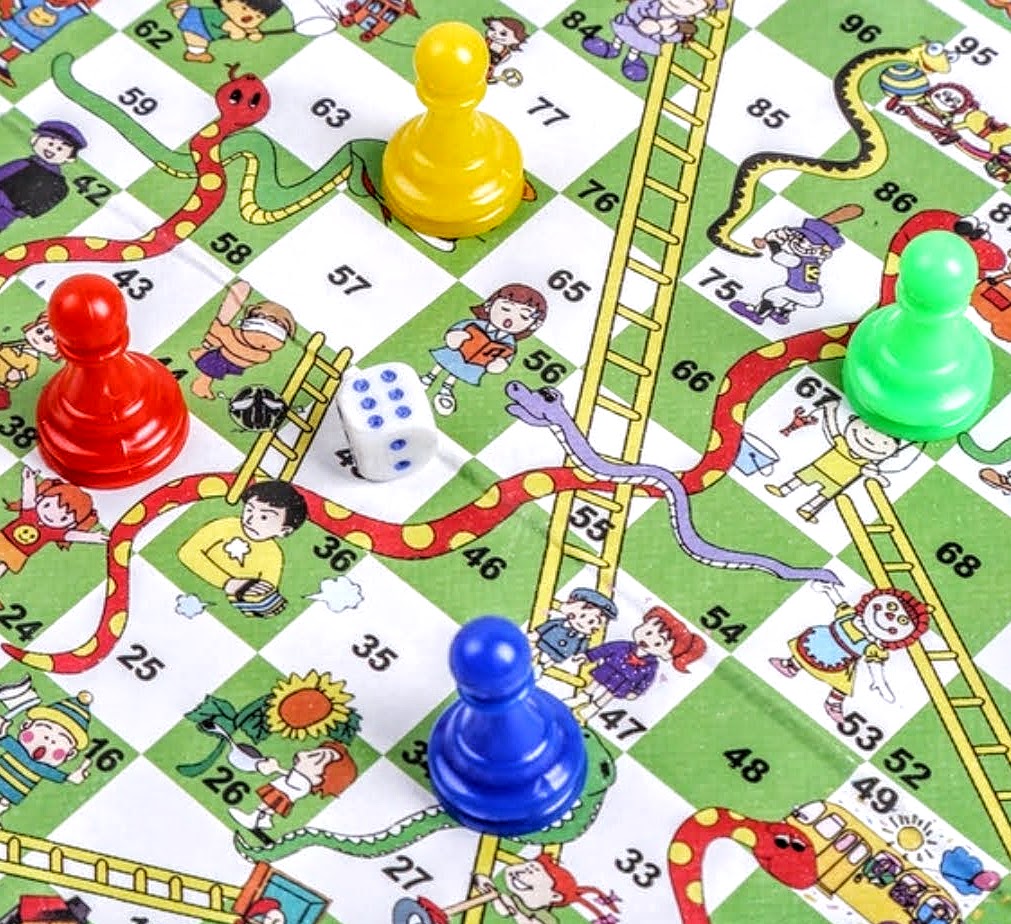 Physician heal thyself / the tailor is the worst dressed man.

This is for my friends who keep asking what’s happened to EP.  I can’t promise it will be a good read, unless you’re one of those rare people who like to hear about other people’s medical problems without getting paid to do so. But, as ABC put it, excuses had their uses, but now they’re all used up.

From February last year my life changed from being a health care provider to a health care recipient. A service user perhaps, or a patient, or to what non-PC doctors used to call a ‘punter’. Seeking health care is very much taking a gamble.

Think of it as a long overdue field trip through the health services. Every doctor should be made ill and admitted to hospital for a few days. I’d bring it in as a short module in year five of medical school, between ethics and breaking bad news.

Early last year I started to get pain in the neck. It began as what felt like a sprained muscle just to the right of C7. It got worse, I went to the GP, he referred me to physio and ordered a lot of blood tests. He forgot to tell me there was a 3 month waiting list for physio, which had been privatised. He also forgot to tell me it was impossible to make an appointment to see him again, ever.

The pain got worse again, I went back to another GP who prescribed Cocodamol and Naproxen and ordered an X ray. I spent a lot of time lying on the floor staring at the ceiling.

The X Ray showed some degenerative changes and possibly a facet joint problem. The word ‘mild’ cropped up a lot, which was reassuring.

But at the same time, a friend of a friend with neck pain turned out to have a spinal cyst which was not discovered soon enough. He developed multi-system failure following surgery and died tragically. An extremely rare occurrence, I was sure, but my subconscious mind didn’t see it that way.

So, seeking further guidance / reassurance, I got referred to the musculoskeletal service, or ‘MSK’ as it calls itself. MSK, whoever they are, have organised their services based on old kidnap movies. The ransom payer is forced to run between telephone boxes and directed towards a remote venue. MSK make a series of anonymous phone calls and lead you a long way down a symbolically pot-holed road, to an industrial area a long way from where you live, leaving you scanning the skyline for snipers.

A letter arrived announcing that I will be phoned to discuss an appointment. The phone call happened on time and I was sent to a contracted out service in a contracted out building. The receptionist denied all knowledge of my appointment, but luckily I saw a man who looked like an orthopaedic consultant – by this I mean he was wearing a suit – and this time for once my stereotyping proved accurate. The orthopaedic consultant, who was also contracted out, did a test where he pressed my head downwards into my neck. The pain got worse when he did that and I think I am still an inch shorter than I used to be.

He requested an MRI scan.

Same process for the scan – a letter announcing a phone call. The scan is in a portable unit on the same site, sadly there are no toilets. I am phobic of closed spaces but by this time Mrs EP has taught me a lot of Yoga and I yoga breathe my way through the scan trying not to open my eyes or sphincters.

The MRI showed some mild degenerative changes consistent with age, just like the XRay but commenting on different bits of anatomy.  I saw a few different physiotherapists, two NHS, subcontracted, and two private. And I got referred to the outsourced pain services, also subcontracted to some agency you never heard of. I waited for the ransom demand phone call.

A short holiday in Scunthorpe

Then came a huge diversion. At the end of May 2019 I took the prescribed dose of Cocodamol for 2 days which caused a massive abdominal problem, a closed loop bowel obstruction (as it turned out, months later, when my CT scan was reviewed). Cue a very interesting day in a urology ward, which will fuel another article once the PTSD has subsided.

Then a month of abdominal pain and a diet of fish fingers and white bread and very little fibre, surgical and gastroenterology appointments leading up to a colonoscopy and another referral back to the surgeons, thankfully postponed due to Covid.

The abdo pain seemed to dislodge the neck pain. I’m not sure how that works, perhaps there is limited bandwidth in the brain. Maybe pains have a rank order, like suits in Bridge.

As the abdomen settled down, after about a month, the neck pain came back.

Cocodamol was firmly off the menu, not to mention Tramadol, which another GP had prescribed over the phone, which Mrs EP observed made me mildly delirious. Luckily Mrs EP hid the tramodol, so I never encountered the biggest snake pit in the pain game, rapid addiction to opiates. So I was left with Ibuprofen and Paracetamol, neither of which made any difference to the pain. By this time I was beginning to realise that Pain doesn’t play by any rules and should be given a capital P.

The clinic at the end of the world

The Pain clinic was located at the end of a long cul de sac  along the river, in a former pumping station. Therapeutic nihilism had set in at the pain clinic. There was no sign saying ‘abandon hope all ye who enter’ but that was the vibe.

The Pain clinic does not believe there is much relationship between tissue damage and the experience of pain. They suggested I check out the work of Lorimer Moseley on Youtube, which I did.

So Pain is mostly an illusion. A distorted and amplified rendering of a routine background noise. A warning of some kind, possibly false news, like the antilock brake light on your Ford Focus.

Knowing  that Pain is mysterious doesn’t give you much direction. Thinking of Pain as a false warning signal suggests two opposite approaches, which are referred to as ‘recalibration’ or – in technical language – ‘building shit up’ and ‘calming shit down’. The former leads to challenging physical activity and the latter leads to lying down and meditating. It’s vague how you actually go about building and calming shit, but the whole thing is DIY by this time.

Mrs EP, who is the only person who comes out of this well, as a heroine in fact, taught me Pilates as well as Yoga. We went for long runs barefoot on the beach. We did meditation and relaxation exercises. We made rich fruit cake and pizza dough.

I kept a Pain diary for months. I gave the different pains silly names to try and diminish them. The ache to the right of C7 I called Boris. The Pain higher up on both sides I called Colin Blenkinsop. The worst Pain, a crushing sensation that sends you looking for the Tramadol capsules that Mrs EP has hidden, I called Agent X47. If that’s not CBT I don’t know what is!

I apologise if there’s a real person out there called Colin Blenkinsop. Or indeed, Agent X47.

If I was into CBT, which I’m not, I’d mention an automatic thought that goes as follows:

‘It’ll probably turn out that there’s a simple problem – mechanical or chemical –  that’s been overlooked.’

I was nearly convinced that the experience of Pain is brain based rather than due to tissue or nerve damage. And I began to feel very sorry for people with problems like fibromyalgia and somatoform Pain disorders.  I began to understand how angry chronic fatigue patients got after being consigned to light exercise and extra-light CBT.

In January this year though, the negative ‘magic bullet’ thought cut in again.  I started to believe the facet joints might be causing the problem. I looked at lots of youtube videos of facet joint injection and radiofrequency denervation. After going through another ‘something must be done’ day I made an appointment at a different Pain clinic.

Luckily the clinic did not recommend facet joint injections or anything else involving needles or machines that go beep. The worlds of Pain perception and tissue damage are parallel universes. They never really meet, not even through portals in spacetime.

Pain experience is made of Lego and the body is made of Meccano, the specialist told me. Perhaps not a brilliant metaphor, but one I distinctly remember.

He did however refer me to a colleague to work on my posture, core and neck muscles. No guarantee it would help, but I’d have better posture and muscle strength and my shirts would fit better.  His colleague gave me some very specific exercises. She was positive and reassuring, a welcome change from the doom merchants. Things picked up from there. Co-therapist Mrs EP took over the regime as the lockdown hit and added deep relaxation. We built it up and we calmed it down, without even using the word shit.

Pain is an illusion, just like almost everything else.

Painkillers don’t really kill Pain. The NHS is not the NHS, it’s been outsourced, sliced and diced and provided by people you cannot ever meet or contact. Symbolically, Pain services are located in the dark places on the edge of town. But – don’t tell anybody – you can also find them in posh looking sports medicine clinics.

MSK sounds like a terrorist group, and in many ways they do strike terror. Millions of people get addicted to opiates and millions more fall victim to bogus therapies and illicit drugs. Pain patients soon become outsiders to science and society.

Because pain is so common, and evidence based treatments are so few, Pain patients are filtered through a series of rationing devices, including waiting lists. These are really just holding areas for legions of desperate people. Sadly, the delay in assessment allows Pain experience and behaviour to set in, like Japanese Knotweed.

On Planet Nice, problems are solved with kindness and clear communication. Possibly a little acupuncture, group exercise and a dollop of homespun wisdom aka CBT. None of those nasty tablets. On Planet Nice GPs are like Doctor Finlay or Doc Martin. You don’t have to wait a month before seeing them, you can see the same doctor more than once ever and they may have read your notes. If you see a specialist he won’t be an agency locum. No-one will give you a poor, skewed photocopy of some youtube weblinks and call that bibliotherapy.

Sadly Planet Nice is an illusion too.