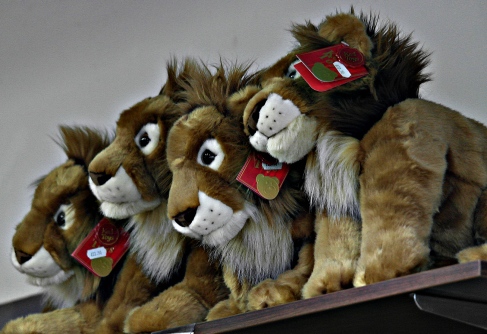 This panel comes with price tags.

I feel a bead of sweat run icy cold down my forehead, even though it is baking hot in the room. The inquiry is not going well.

My inquisitor puts down his stack of documents and looks at me accusingly.

‘So you were eating a chocolate bar in your car?’

‘Could you tell the panel please, what kind of chocolate product was it?’

I hesitate for a moment. There’s no point – they probably have forensic evidence.

‘A Cadbury’s flake, I believe.’

There is a long pause. The chairman is polishing his spectacles. The scribe is making notes on a yellow pad. Its time for the killer blow.

‘What slogan is generally used to describe the Flake bar ?’

I shake my head. I tell them that slogans are outside my field of expertise.

‘Just answer as a layperson then,’ I am directed, but I decline to speculate.

The inquisitor asks whether I have heard the slogan: ‘the crumbliest, flakiest chocolate in the world’?

‘I’m sorry, I didn’t hear you. Did you say you were familiar with the slogan, the crumbliest, flakiest chocolate in the world?’

I ask the chairman whether that might be a leading question but I am directed to answer. I agree that I have heard the slogan, and I agree that the slogan is probably accurate. I am careful to mention that I have not studied any systematic evidence that has reviewed chocolate products on a global basis and stress tested them with crumble and flake gauges.

The inquisitor is on a roll. I’ve seen enough Perry Mason to know that this is the point where I could easily burst into tears and confess.

I drink some of the tepid water from the glass in front of me. I try and shrug in a French way, supinating both hands and making a pffffff noise with my lips. The panel don’t like it.

‘Yet you drove one handed along the A46, eating a flake. And as a result, now, we have a very difficult…’ he pauses for effect, ‘a very ugly…,’ again he pauses to pull out a ball pen and tick a box on the document in front of him, ‘an almost indelible mark. A stain, if you will. On your front seat.’

We have already heard from expert witnesses that ivory cloth isn’t the most durable seat material. We’ve heard how, recklessly, I turned down the Scotchgard treatment when I bought the car. Clearly, I was an accident just waiting to happen.

My mind started to wander for a moment, as I awaited the verdict.

Just how long had car service departments been holding panels of inquiry?

I wondered whether this was just BMW*, or whether all the dealers had taken this high handed approach to customer behaviour.

The answer of course is that there is an inquiry panel going on pretty much everywhere  nowadays, as some kind of convulsion of guilt and recrimination shudders through our society.

During the recess, I walk to the newsagent to look at the cards in the window. I could do with a little inquiry work myself, something small, that would only take a few hours and not cost the taxpayer millions. Preferably I won’t have to wear a wig and gown.

I wonder if there are any small domestic inquiries going on, like the spills and stains tribunal at the car service department.

I prefer spills work to be honest. I am pretty familiar with the Spills Police and their activities, having followed the cases against Macdonalds between 1982 and 1992.

I’d probably attribute my fear of spills to a genuine scald at Macdonalds, although much earlier in life I remember being told off furiously by Sister Clare for leaving ink blots on the school savings bank ledger. Rorschach tests and banking just don’t mix.

The Spills Police will be very happy today, as it is reported in The Times that someone has invented a ‘Floating Mug’ that is also a coaster, and therefore will not leave a ring stain, even if it drips.

One of the inventors, Tigere Chiriga, apparently was ‘terrible at putting coasters under mugs and so kept leaving stains on furniture’.

I notice there is no lid however. Not even the little fold-over ‘that’s torn it’ spout device. Hmm…. Not sure about the Nobel Prize without a lid.

Many of the Spills Panels recommendations over the years have yet to be implemented. For instance, there are still a large number of small ‘comedy teapots’ in circulation at motorway service areas and  tea-rooms, the ones that seem to defy both gravity and surface tension effects, in order to pour tea over your fingers.

Everyone is on some kind of panel or another at the moment, as society heaps blame on itself. Ever since the McCarthy period, inquiries seem to be an excuse for a bunch or people getting together for a bit of bullying.

Along the street, I find there is an inquiry at No.38, regarding poor use of spelling and grammar. Apparently someone has been spelling ‘liaison’ wrongly for many years, and has been saying ‘infer’ instead of ‘imply’. Somehow the Mixed Metaphor Commission got involved.

Over at the arts centre the drama group are looking into suspected over-acting at their Gilbert and Sullivan festivals, and some abstract expressionists are answering questions about the massive carbon footprint they left behind.

A whistleblower at the council has revealed that billions of wasps were slaughtered in the decades before it was realised that wasps were our friends. At the library, a panel struggles to unravel how Grapes of Wrath got filed in the gardening section.

I wonder if any inquiries take place out of doors now its the summer? Badgers seem to be facing awkward questions and / or awkward firing squads at the moment. I’m sure Brian May needs help defending them.

Inquiries are so stodgy and they drag on for years. As an antidote, I’m thinking of starting a ‘street inquiry’ movement – I will call it ‘Knee-jerk Reaction’ – where fast moving, dynamic and punitive panels work with mime and street artists to create impromptu, judgemental scenarios, probably on skateboards and posting their findings with graffiti.

If you suffer from Depression you probably have an inquiry panel in your mind a lot of the time. One of the worst things you can do if you are depressed is dig out an item from your own past and go over it again and again.

Its unlikely that your memory of the event is accurate and it’s unhelpful to ‘ruminate’ the same material over and over. Any judgement you make is likely to be over-punitive and self deprecatory.

Like Sister Clare, your panel is likely to maximise your misdemeanours and minimise your achievements, as well as knock you on the head with a special ring used as a knuckle duster.

If there’s a stain on my car seat, lets try the little steam cleaning machine I got at British Heart Foundation before we bring an inquiry upon ourselves.

Oh dear! The steam machine has spouted out some rusty water. But we have Vanish. And Stain Devil for chocolate, and now one also for rust.

But something is wrong with the Stain Devil. Instead of colourless solvent, the can releases material of the deepest scarlet. Quickly, the scarlet stain becomes a hideous creature, with a forked tongue and dragon’s tail….

‘My name is on the can,’ it screeches.

That’s when I awake from the inquiry panel nightmare. Coming to my senses, I realise I am not on trial at BMW any more.

But from now on, ‘issues around chocolate’  are going to be included on the risk assessment form I complete each time I use the car .

Best practice guidelines seems to suggest Twirl is 90% as good as Flake with only 10% of the scatter. And 7 Up is a thousand times less staining than Coke, yet equally wholesome.

Some people have even learned to drive short distances without eating anything.

Do not Judge, says the mission statement, this from the organisation that gave us the Spanish Inquisition.

More accurately perhaps, the message is not to apply standards to others that you could not live up to yourself.

Even more accurately than that, the message is to stop lawyers – and talent show judges, for that matter – pocketing huge sums of public money.

We could have a Truth and Reconciliation Commission. Or we could just accept that we are humans, we make mistakes, and move on. Which, really, is the same thing.

Sister Clare, you are forgiven.

*No cars (or chocolates) were really hurt in the making of this article.